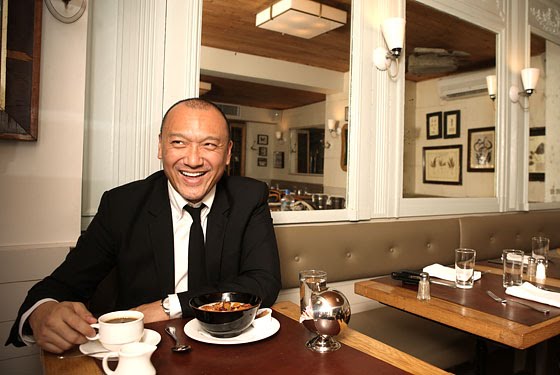 Hey curvy girl’s all over the world,
I was over at the Fashion Bomb catching up on my urban fashion when I found this exclusive interview Claire did with Joe Zee the creative director of Elle magazine about choosing Gabourey Sidibe for the cover.

Here is one of the questions the Fashion Bomb asked and we’re glad she did.
I had to press about the choice of her less-than-flattering wig and also why they chose to feature just her face instead of a full body shot. He said, ‘Well Gabourey came with her own hair, I had nothing to do with the hair,” he explained, “And with the crop of the photo, we thought it best reflected her bubbly personality. When she comes into a room, she’s not Precious. She’s talkative, bright, and a total movie star. I chose the green dress because I wanted her to look like a Hollywood Starlet. And we chose this shot because I felt she carries most of her spirit and personality in her face.”

First, whoever is giving Gabourey her hair pieces needs to be checked. You know when you are a celebrity and all eyes are on you, you must make sure your looks are on point. The hair is totally unflattering and in my opinion takes away from the picture a little bit. Secondly, I want to believe his response about choosing the cropped photo, but, it seems odd that the other 3 cover girls had full body shots (were their personalities not as bubbly?). However, I am still pleased that they did honor her with her own cover, but, come on, somebody on the fashion team couldn’t say hey Gabby, maybe we should try a different hair piece on you?

Just my thoughts. And I do love me some Joe Zee, but, I’m not buying the cropped picture excuse.

What are your thoughts on Joe Zee’s response?

>Hey curvy girls,
It looks like warm weather will be here to stay beginning next week. It’s Friday and for most of us that means pay day. Since there are so many sales going on and new items being stocked everyday, I thought I could help some of you out with a few of my picks from our favorite plus size curvy girl stores. Whether you’re looking for cute day wear or party wear, I have you covered. Also, I have 2 exclusive SC coupons for you guys to use online.

Check for more discount codes below

Dorothy Perkins ($15 off dresses)
(click on store name to purchase)